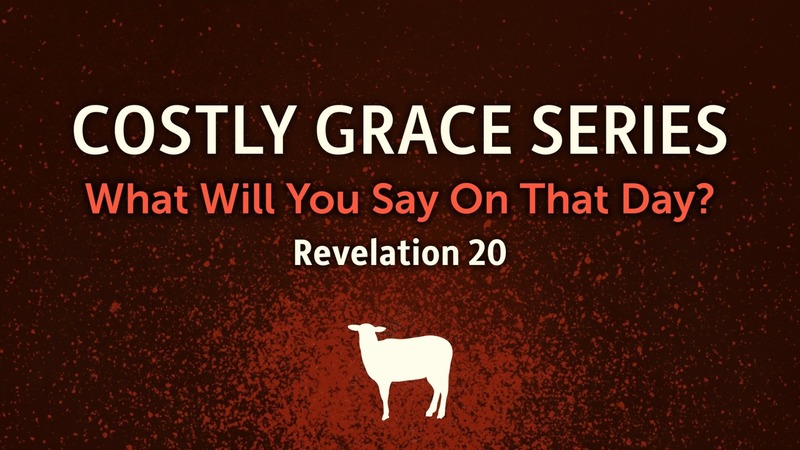 7 After this I saw in the visions by night a fourth beast, terrifying and dreadful and exceedingly strong. It had great iron teeth and was devouring, breaking in pieces, and stamping what was left with its feet. It was different from all the beasts that preceded it, and it had ten horns. 8 I was considering the horns, when another horn appeared, a little one coming up among them; to make room for it, three of the earlier horns were plucked up by the roots. There were eyes like human eyes in this horn, and a mouth speaking arrogantly.

9 As I watched,
thrones were set in place,
and an Ancient One took his throne,
his clothing was white as snow,
and the hair of his head like pure wool;
his throne was fiery flames,
and its wheels were burning fire.
10 A stream of fire issued
and flowed out from his presence.
A thousand thousands served him,
and ten thousand times ten thousand stood attending him.
The court sat in judgment,
and the books were opened.

I saw one like a human being
coming with the clouds of heaven.
And he came to the Ancient One
and was presented before him.
14 To him was given dominion
and glory and kingship,
that all peoples, nations, and languages
should serve him.
His dominion is an everlasting dominion
that shall not pass away,
and his kingship is one
that shall never be destroyed.

15 As for me, Daniel, my spirit was troubled within me, and the visions of my head terrified me. 16 I approached one of the attendants to ask him the truth concerning all this. So he said that he would disclose to me the interpretation of the matter: 17 “As for these four great beasts, four kings shall arise out of the earth. 18 But the holy ones of the Most High shall receive the kingdom and possess the kingdom forever—forever and ever.”

Then I saw an angel coming down from heaven, holding in his hand the key to the bottomless pit and a great chain. 2 He seized the dragon, that ancient serpent, who is the Devil and Satan, and bound him for a thousand years, 3 and threw him into the pit, and locked and sealed it over him, so that he would deceive the nations no more, until the thousand years were ended. After that he must be let out for a little while.

4 Then I saw thrones, and those seated on them were given authority to judge. I also saw the souls of those who had been beheaded for their testimony to Jesus and for the word of God. They had not worshiped the beast or its image and had not received its mark on their foreheads or their hands. They came to life and reigned with Christ a thousand years. 5 (The rest of the dead did not come to life until the thousand years were ended.) This is the first resurrection. 6 Blessed and holy are those who share in the first resurrection. Over these the second death has no power, but they will be priests of God and of Christ, and they will reign with him a thousand years.

7 When the thousand years are ended, Satan will be released from his prison 8 and will come out to deceive the nations at the four corners of the earth, Gog and Magog, in order to gather them for battle; they are as numerous as the sands of the sea. 9 They marched up over the breadth of the earth and surrounded the camp of the saints and the beloved city. And fire came down from heaven and consumed them. 10 And the devil who had deceived them was thrown into the lake of fire and sulfur, where the beast and the false prophet were, and they will be tormented day and night forever and ever.

11 Then I saw a great white throne and the one who sat on it; the earth and the heaven fled from his presence, and no place was found for them. 12 And I saw the dead, great and small, standing before the throne, and books were opened. Also another book was opened, the book of life. And the dead were judged according to their works, as recorded in the books. 13 And the sea gave up the dead that were in it, Death and Hades gave up the dead that were in them, and all were judged according to what they had done. 14 Then Death and Hades were thrown into the lake of fire. This is the second death, the lake of fire; 15 and anyone whose name was not found written in the book of life was thrown into the lake of fire.

What Will You Say On That Day?

One Way Or Another

Too Big to Fall?