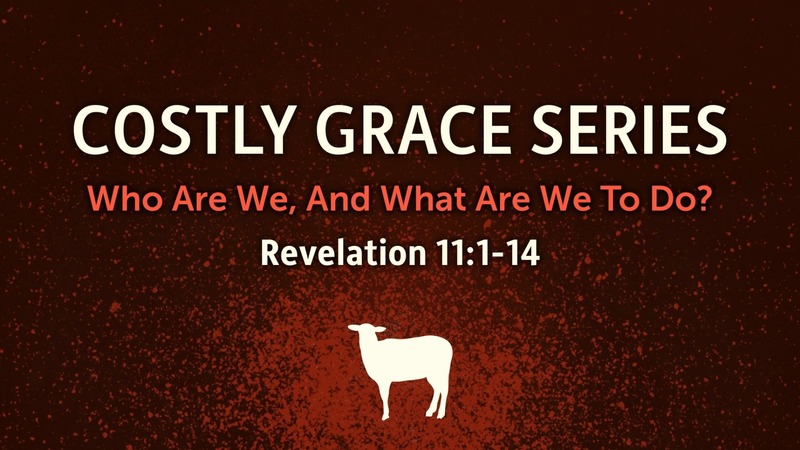 4 The angel who talked with me came again, and wakened me, as one is wakened from sleep. 2 He said to me, “What do you see?” And I said, “I see a lampstand all of gold, with a bowl on the top of it; there are seven lamps on it, with seven lips on each of the lamps that are on the top of it. 3 And by it there are two olive trees, one on the right of the bowl and the other on its left.” 4 I said to the angel who talked with me, “What are these, my lord?” 5 Then the angel who talked with me answered me, “Do you not know what these are?” I said, “No, my lord.” 6 He said to me, “This is the word of the Lord to Zerubbabel: Not by might, nor by power, but by my spirit, says the Lord of hosts. 7 What are you, O great mountain? Before Zerubbabel you shall become a plain; and he shall bring out the top stone amid shouts of ‘Grace, grace to it!’”

8 Moreover the word of the Lord came to me, saying, 9 “The hands of Zerubbabel have laid the foundation of this house; his hands shall also complete it. Then you will know that the Lord of hosts has sent me to you. 10 For whoever has despised the day of small things shall rejoice, and shall see the plummet in the hand of Zerubbabel.

“These seven are the eyes of the Lord, which range through the whole earth.” 11 Then I said to him, “What are these two olive trees on the right and the left of the lampstand?” 12 And a second time I said to him, “What are these two branches of the olive trees, which pour out the oil through the two golden pipes?” 13 He said to me, “Do you not know what these are?” I said, “No, my lord.” 14 Then he said, “These are the two anointed ones who stand by the Lord of the whole earth.”

11 Then I was given a measuring rod like a staff, and I was told, “Come and measure the temple of God and the altar and those who worship there, 2 but do not measure the court outside the temple; leave that out, for it is given over to the nations, and they will trample over the holy city for forty-two months. 3 And I will grant my two witnesses authority to prophesy for one thousand two hundred sixty days, wearing sackcloth.”

4 These are the two olive trees and the two lampstands that stand before the Lord of the earth. 5 And if anyone wants to harm them, fire pours from their mouth and consumes their foes; anyone who wants to harm them must be killed in this manner. 6 They have authority to shut the sky, so that no rain may fall during the days of their prophesying, and they have authority over the waters to turn them into blood, and to strike the earth with every kind of plague, as often as they desire.

7 When they have finished their testimony, the beast that comes up from the bottomless pit will make war on them and conquer them and kill them, 8 and their dead bodies will lie in the street of the great city that is prophetically called Sodom and Egypt, where also their Lord was crucified. 9 For three and a half days members of the peoples and tribes and languages and nations will gaze at their dead bodies and refuse to let them be placed in a tomb; 10 and the inhabitants of the earth will gloat over them and celebrate and exchange presents, because these two prophets had been a torment to the inhabitants of the earth.

11 But after the three and a half days, the breath of life from God entered them, and they stood on their feet, and those who saw them were terrified. 12 Then they heard a loud voice from heaven saying to them, “Come up here!” And they went up to heaven in a cloud while their enemies watched them. 13 At that moment there was a great earthquake, and a tenth of the city fell; seven thousand people were killed in the earthquake, and the rest were terrified and gave glory to the God of heaven.

14 The second woe has passed. The third woe is coming very soon.