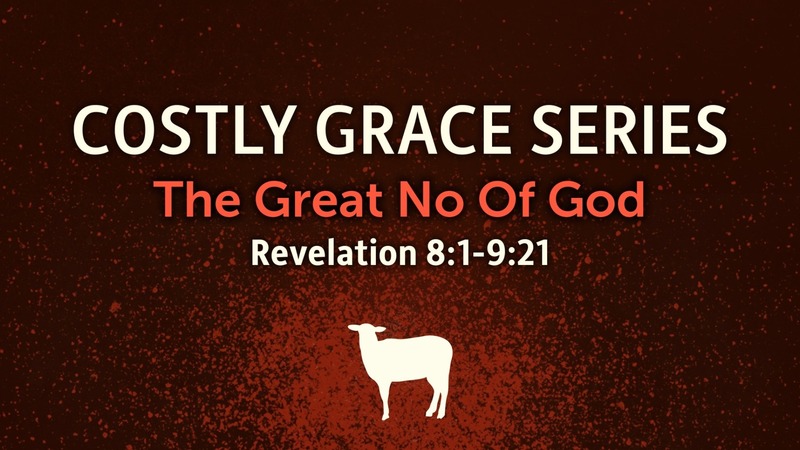 2    Blow the trumpet in Zion;
sound the alarm on my holy mountain!
Let all the inhabitants of the land tremble,
for the day of the Lord is coming, it is near—
2    a day of darkness and gloom,
a day of clouds and thick darkness!
Like blackness spread upon the mountains
a great and powerful army comes;
their like has never been from of old,
nor will be again after them
in ages to come.

3    Fire devours in front of them,
and behind them a flame burns.
Before them the land is like the garden of Eden,
but after them a desolate wilderness,
and nothing escapes them.

4    They have the appearance of horses,
and like war-horses they charge.
5    As with the rumbling of chariots,
they leap on the tops of the mountains,
like the crackling of a flame of fire
devouring the stubble,
like a powerful army
drawn up for battle.

6    Before them peoples are in anguish,
all faces grow pale.
7    Like warriors they charge,
like soldiers they scale the wall.
Each keeps to its own course,
they do not swerve from their paths.
8    They do not jostle one another,
each keeps to its own track;
they burst through the weapons
and are not halted.
9    They leap upon the city,
they run upon the walls;
they climb up into the houses,
they enter through the windows like a thief.

10  The earth quakes before them,
the heavens tremble.
The sun and the moon are darkened,
and the stars withdraw their shining.
11  The Lord utters his voice
at the head of his army;
how vast is his host!
Numberless are those who obey his command.
Truly the day of the Lord is great;
terrible indeed—who can endure it?

12   Yet even now, says the Lord,
return to me with all your heart,
with fasting, with weeping, and with mourning;
13     rend your hearts and not your clothing.
Return to the Lord, your God,
for he is gracious and merciful,
slow to anger, and abounding in steadfast love,
and relents from punishing.
14   Who knows whether he will not turn and relent,
and leave a blessing behind him,
a grain offering and a drink offering
for the Lord, your God?

8 When the Lamb opened the seventh seal, there was silence in heaven for about half an hour. 2 And I saw the seven angels who stand before God, and seven trumpets were given to them.

3 Another angel with a golden censer came and stood at the altar; he was given a great quantity of incense to offer with the prayers of all the saints on the golden altar that is before the throne. 4 And the smoke of the incense, with the prayers of the saints, rose before God from the hand of the angel. 5 Then the angel took the censer and filled it with fire from the altar and threw it on the earth; and there were peals of thunder, rumblings, flashes of lightning, and an earthquake.

6 Now the seven angels who had the seven trumpets made ready to blow them.

8 The second angel blew his trumpet, and something like a great mountain, burning with fire, was thrown into the sea. 9 A third of the sea became blood, a third of the living creatures in the sea died, and a third of the ships were destroyed.

10 The third angel blew his trumpet, and a great star fell from heaven, blazing like a torch, and it fell on a third of the rivers and on the springs of water. 11 The name of the star is Wormwood. A third of the waters became wormwood, and many died from the water, because it was made bitter.

13 Then I looked, and I heard an eagle crying with a loud voice as it flew in midheaven, “Woe, woe, woe to the inhabitants of the earth, at the blasts of the other trumpets that the three angels are about to blow!”

9 And the fifth angel blew his trumpet, and I saw a star that had fallen from heaven to earth, and he was given the key to the shaft of the bottomless pit; 2 he opened the shaft of the bottomless pit, and from the shaft rose smoke like the smoke of a great furnace, and the sun and the air were darkened with the smoke from the shaft. 3 Then from the smoke came locusts on the earth, and they were given authority like the authority of scorpions of the earth. 4 They were told not to damage the grass of the earth or any green growth or any tree, but only those people who do not have the seal of God on their foreheads. 5 They were allowed to torture them for five months, but not to kill them, and their torture was like the torture of a scorpion when it stings someone. 6 And in those days people will seek death but will not find it; they will long to die, but death will flee from them.

7 In appearance the locusts were like horses equipped for battle. On their heads were what looked like crowns of gold; their faces were like human faces, 8 their hair like women’s hair, and their teeth like lions’ teeth; 9 they had scales like iron breastplates, and the noise of their wings was like the noise of many chariots with horses rushing into battle. 10 They have tails like scorpions, with stingers, and in their tails is their power to harm people for five months. 11 They have as king over them the angel of the bottomless pit; his name in Hebrew is Abaddon, and in Greek he is called Apollyon.

12 The first woe has passed. There are still two woes to come.

13 Then the sixth angel blew his trumpet, and I heard a voice from the four horns of the golden altar before God, 14 saying to the sixth angel who had the trumpet, “Release the four angels who are bound at the great river Euphrates.” 15 So the four angels were released, who had been held ready for the hour, the day, the month, and the year, to kill a third of humankind. 16 The number of the troops of cavalry was two hundred million; I heard their number. 17 And this was how I saw the horses in my vision: the riders wore breastplates the color of fire and of sapphire and of sulfur; the heads of the horses were like lions’ heads, and fire and smoke and sulfur came out of their mouths. 18 By these three plagues a third of humankind was killed, by the fire and smoke and sulfur coming out of their mouths. 19 For the power of the horses is in their mouths and in their tails; their tails are like serpents, having heads; and with them they inflict harm.