And All Heaven Broke Loose 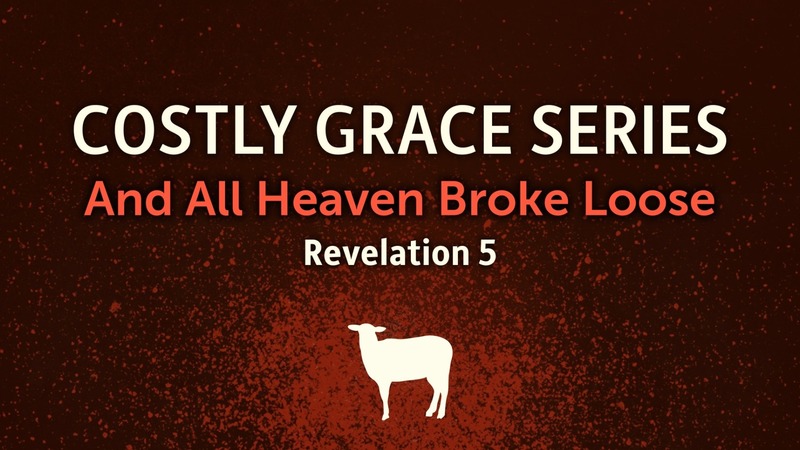 5 Then I, Daniel, looked, and two others appeared, one standing on this bank of the stream and one on the other. 6 One of them said to the man clothed in linen, who was upstream, “How long shall it be until the end of these wonders?” 7 The man clothed in linen, who was upstream, raised his right hand and his left hand toward heaven. And I heard him swear by the one who lives forever that it would be for a time, two times, and half a time, and that when the shattering of the power of the holy people comes to an end, all these things would be accomplished. 8 I heard but could not understand; so I said, “My lord, what shall be the outcome of these things?” 9 He said, “Go your way, Daniel, for the words are to remain secret and sealed until the time of the end. 10 Many shall be purified, cleansed, and refined, but the wicked shall continue to act wickedly. None of the wicked shall understand, but those who are wise shall understand. 11 From the time that the regular burnt offering is taken away and the abomination that desolates is set up, there shall be one thousand two hundred ninety days. 12 Happy are those who persevere and attain the thousand three hundred thirty-five days. 13 But you, go your way, and rest; you shall rise for your reward at the end of the days.”

6 Then I saw between the throne and the four living creatures and among the elders a Lamb standing as if it had been slaughtered, having seven horns and seven eyes, which are the seven spirits of God sent out into all the earth. 7 He went and took the scroll from the right hand of the one who was seated on the throne. 8 When he had taken the scroll, the four living creatures and the twenty-four elders fell before the Lamb, each holding a harp and golden bowls full of incense, which are the prayers of the saints. 9 They sing a new song:

“You are worthy to take the scroll
and to open its seals,
for you were slaughtered and by your blood you ransomed for God
saints from every tribe and language and people and nation;
10      you have made them to be a kingdom and priests serving our God,
and they will reign on earth.”

11 Then I looked, and I heard the voice of many angels surrounding the throne and the living creatures and the elders; they numbered myriads of myriads and thousands of thousands, 12 singing with full voice,

“Worthy is the Lamb that was slaughtered
to receive power and wealth and wisdom and might
and honor and glory and blessing!”

13 Then I heard every creature in heaven and on earth and under the earth and in the sea, and all that is in them, singing,

“To the one seated on the throne and to the Lamb
be blessing and honor and glory and might
forever and ever!”

14 And the four living creatures said, “Amen!” And the elders fell down and worshiped.

New Revised Standard Version (NRSV) Bible, copyright © 1989 the Division of Christian Education of the National Council of the Churches of Christ in the United States of America. Used by permission. All rights reserved.