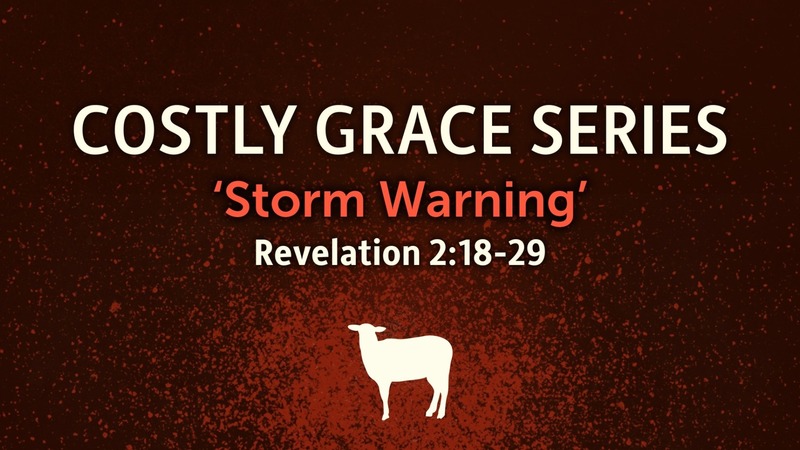 31 And as if it had been a light thing for him to walk in the sins of Jeroboam, son of Nebat, he took as his wife Jezebel, daughter of King Ethbaal, of the Sidonians, and went and served Baal, and worshiped him. 32 He erected an altar for Baal in the house of Baal, which he built in Samaria. 33 Ahab also made a sacred pole. Ahab did more to provoke the anger of the Lord, the God of Israel, than had all the kings of Israel who were before him. 34 In his days Hiel of Bethel built Jericho; he laid its foundation at the cost of Abiram, his firstborn, and set up its gates at the cost of his youngest son, Segub, according to the word of the Lord, which he spoke by Joshua, son of Nun.

18 “And to the angel of the church in Thyatira write: These are the words of the Son of God, who has eyes like a flame of fire, and whose feet are like burnished bronze:

19 “I know your works—your love, faith, service, and patient endurance. I know that your last works are greater than the first. 20 But I have this against you: you tolerate that woman Jezebel, who calls herself a prophet and is teaching and beguiling my servants to practice fornication and to eat food sacrificed to idols. 21 I gave her time to repent, but she refuses to repent of her fornication. 22 Beware, I am throwing her on a bed, and those who commit adultery with her I am throwing into great distress, unless they repent of her doings; 23 and I will strike her children dead. And all the churches will know that I am the one who searches minds and hearts, and I will give to each of you as your works deserve.

24 But to the rest of you in Thyatira, who do not hold this teaching, who have not learned what some call ‘the deep things of Satan,’ to you I say, I do not lay on you any other burden; 25 only hold fast to what you have until I come. 26 To everyone who conquers and continues to do my works to the end,

28 even as I also received authority from my Father. To the one who conquers I will also give the morning star. 29 Let anyone who has an ear listen to what the Spirit is saying to the churches.