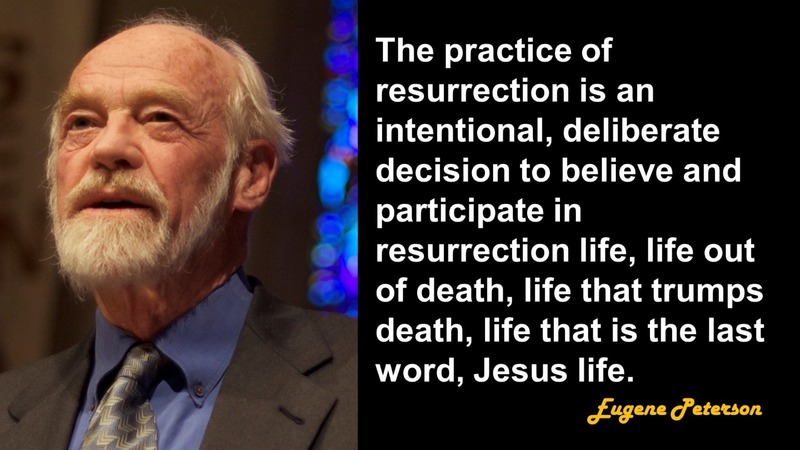 “At that time Michael, the great prince, the protector of your people, shall arise. There shall be a time of anguish, such as has never occurred since nations first came into existence. But at that time your people shall be delivered, everyone who is found written in the book. 2 Many of those who sleep in the dust of the earth shall awake, some to everlasting life, and some to shame and everlasting contempt. 3 Those who are wise shall shine like the brightness of the sky, and those who lead many to righteousness, like the stars forever and ever. 4 But you, Daniel, keep the words secret and the book sealed until the time of the end. Many shall be running back and forth, and evil shall increase.”

17 When Jesus arrived, he found that Lazarus had already been in the tomb four days. 18 Now Bethany was near Jerusalem, some two miles away, 19 and many of the Jews had come to Martha and Mary to console them about their brother. 20 When Martha heard that Jesus was coming, she went and met him, while Mary stayed at home. 21 Martha said to Jesus, “Lord, if you had been here, my brother would not have died. 22 But even now I know that God will give you whatever you ask of him.” 23 Jesus said to her, “Your brother will rise again.” 24 Martha said to him, “I know that he will rise again in the resurrection on the last day.” 25 Jesus said to her, “I am the resurrection and the life. Those who believe in me, even though they die, will live, 26 and everyone who lives and believes in me will never die. Do you believe this?” 27 She said to him, “Yes, Lord, I believe that you are the Messiah, the Son of God, the one coming into the world.”